Hands On! International Association of Children in Museums

Home Observatory Hands On! International Association of Children in Museums

We strive to make museums and science centres relevant places for children, to professionalize the field of children’s museums and to share our expertise with each other.

We believe museums can play a crucial role in the stimulation of curiosity, creativity and informal, lifelong learning. Museums provide a valuable addition to what children can learn and experience at school or at home.

We recognize the role and significance of both collecting and non-collecting children’s museums. Hands On! is committed to the professionalization of all museums that welcome children. Not only in terms of exhibition design and programmes, but also in financial and personnel management.

Our goals, among others, are sharing information, exchanging expertise with our members and influencing policy makers.

Hands On! strives to act as a global leader, advocate and a resource for organizations serving the learning needs of children and families. Our aim is to represent European as well as non-European organizations.

Hands On! has three main goals.

1. To heighten the awareness, visibility and recognized value of children in museums. For instance by branding museums as relevant places of learning. But also by developing large-scale initiatives – like our Conference and the Children in Museums Award – that leverage the collective power of the field.

2. To support sustainability of Hands On! members. For instance by collecting statistical data on children in museums, to track existing and emerging trends. But also by providing our members with information on EU funds and projects.

3. To ensure the future of Hands On! For instance by diversifying our products and services.

The Board of Directors consists of representatives of member organisations from at least three countries, who are elected at the General Assembly. The General Assembly meets annually. All board members are volunteers and hold leading positions in children-dedicated museum projects.

The HO! office is located in Graz, Austria and run under the presidency of FRida & freD children’s museum.

Children in Museums Award (annually since 2012)

Each year we reward the most excellent children’s exhibition or project dedicated to children with the Children in Museums Award. The award was recently named one of Europe’s most prestigious museums awards.

The Children in Museums Award is a joint venture between Hands On! and the European Museum Academy. The Award was launched during the Children’s Bookfair in Bologna, Italy in 2012. The award (then children’s museums award) was established in 2011 by the European Museum Academy and Hands On! International for the recognition of excellence in the specific sector of international children’s museums. In 2014 the name of the Award was changed to the Children in Museums Award, to reflect the wider range of provision for children in today’s museums. The European Museums Academy cooperates with Hands On! supplying judges and offering expertise as regards to content. The independent judges are on the look-out for creative and innovative exhibitions and programmes for the age group up to 14 years old.

Applications are welcomed from:

The independent jury of 10 museum experts rates each applicant on the basis of their application and supporting materials. The entries with the highest scores are selected for the annual CMA shortlist.

In a second step all shortlisted candidates are visited and assessed by two judges. In the course of a secret jury Meeting, the judges present the reports of their visits and then selects a winner. The winner is announced in the course of a festive ceremony, where all nominees are presented.

In the course of this Creative Europe co-funded (a programme financed by the European Union) project, togehter with our partners Junges Museum Frankfurt and Sladovna Pisek, a quality seal, along with a universal catalogue of criteria for high quality children's programmes will be established in the course of the next two years, along with several publications & toolkits specifically designed for children-focused museum work.

The over-all objective of this project is to showcase and to tackle the potential of the unique quality and character of Europe’s children-dedicated museum spaces for benefiting European society as future oriented, 21st Century learning spots , in order to support their sustainability and to support them in adaptation of their abilities and capacities to match the recently appearing European challenges. The project 21stCH also strives to act as an agent highlighting museums engaging children to a broad audience and as a resource for children’s museums related expertise in Europe

According to the 2016 Eurobarometer survey on GBV (Gender-based violence), while there is widespread agreement among Europeans that domestic violence, sexual harassment and other acts of GBV are unacceptable, it still occurs widely (e.g. 74% of respondents said that domestic violence against women is common in their country). The survey also revealed that almost one in five (17%) agree violence against women is often provoked by the victim.

The 2014 EU Agency for Fundamental Rights “Violence against women” survey results show that since the age of 15 one in three women (33%) in the EU has experienced physical or sexual violence or both. Therefore, this data proves the need that efforts are still needed for the prevention and combatting GBV.

By mainstreaming a culture-based educational methodology, including art-based online games/applications and the involvement of children museums and schools, Ed.G.E, a project under the lead of KMOP,  co-funded by the European Union’s Equality, Rights and Citizenship programme,  aims at educating and raising awareness to girls and boys on gender equality and GBV.

Biennial Hands On! Conference 2019: All inclusive. Museums as places for ALL Children

The conference focused on museums’ roles as places of social inclusion. We  discussed how to cater to specific needs of diverse audiences and took a closer look at how children’s museums use collections to impart knowledge on cultural heritage, and explored innovative educational formats, especially when connected to digital learning.

Thanks to the generous funding of the EU, an extra day was added to the conference in order to provide in-depth training sessions dedicated to collecting and defining the unique roles and functions children-dedicated museum spaces can take on in providing relevant means of education tailored to the needs of a new generation.

In order to reflect the latest developments of the field, we have chosen four focus topics.

Today’s museum audiences are highly diverse: intergenerational, transcultural, from a variety of social backgrounds, with (or without) various forms of handicaps. As keepers of cultural heritage, we are responsible for providing cultural education for everybody! How can we develop exhibitions and programs for everyone? How can we design accessible exhibitions and museums?. How can we be “all-inclusive”?

Museums collect artifacts and objects of historical or cultural significance. Using these collections, cultural education aims to help audiences to access material and nonmaterial culture. How do museums and children’s museums succeed in using objects to render cultural heritage more tangible for children? How can object-based exhibitions designed for general museum audiences become more attractive for families and children

New formats of cultural education: digital learning and beyond

Following the digital turn, digital learning, gamification and changed expectations of our audiences have shaped and transformed our field of work. How can digital learning be used as a tool to design exhibitions and educational programs for children? How can well-known forms of education, be modified and adapted to fit new needs? We would like to discuss new, avant-garde creative formats and methods of cultural education.

As part of our 21st century children project which is generously supported by the Creative Europe programme of the European Union, we were launching our children in museums industry evaluation during this conference. Throughout the conference participants helped us map and evaluate our sector in order to brand museums as places for learning. An extra day was added to the conference in order to provide in-depth training sessions dedicated to collecting and defining the unique roles and functions children-dedicated museum spaces can take on in providing relevant means of education tailored to the needs of a new generation.

The majority of conference sessions are available online as videos: https://www.hands-on-international.net/conferences/conference-2019/progr...

Beneficiaries
Children
Local community
Others
Have you previously hosted an intern? Is it a possibility in your organisation? 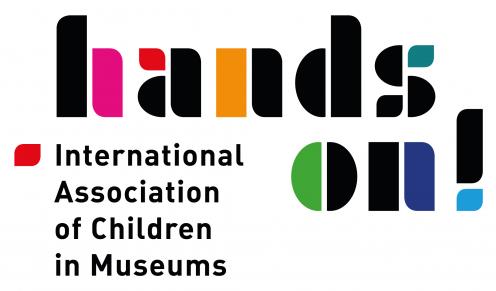