Associação BioLiving is a non-profit association, based on the motto "Nature and Education for All". Its main objectives are:

But essentially it is our aim to demonstrate that nature belongs to everyone and it is for everyone.

Although practical actions of nature conservation and habitat restoration are a central component of our work, we believe it is necessary to educate and train communities for sustainability and citizenship, both through moments of non-formal learning and through technical and scientific training in the field of nature protection and biodiversity.

BioLiving's work model focuses on proximity to communities, municipalities, schools, companies and other NGOs, as we believe that working in partnership and in the first person with the various entities and populations facilitates dialogue and the search for solutions for environmental education and nature conservation, and more effectively promotes their involvement and interest in environmental issues.

Associação BioLiving was born of the natural evolution of a team work that, for more than 12 years, was at the service of the defence and valorisation of the forest and sustainability, in its three axes (environmental, economic and social), promoting education environment and inclusive citizenship.

It also has a centre in Lousada with a team focused on developing environmental education activities in the region as a way of valuing its natural and cultural heritage.

This project is co-financed by the Erasmus + program, and it is the first European project of BioLiving. It has as main objective the training of associative leaders while also supporting to existing civic movements and NGOs. Therefore, we aim to promote a green economy and social cohesion through civic participation and mobilization. For this we will share a set of good practices, role models and success stories that can (and should!) be replicated, all over Europe. We believe that creating this platform with real and replicable cases is a very practical way of showing new techniques and approaches to associative leadership.

The VACALOURA.pt Project is a 100% voluntary citizen science project, with the purpose to contribute to the conservation of Lucanus cervus and other species of beetles of the family Lucanidae (Lucanus barbarossa, Dorcus parallelipipedus and Platycerus spinifer) in Portugal, through environmental education and the compilation of data on the distribution and status of their populations.

Since its beginning it has compiled more than 1000 records for the stag beetle in Portugal, achieving almost the double the area of ​​known distribution of this species in our territory.

The Renascer project started in 2017 and is the result of a partnership between Associação BioLiving, the Department of Biology of the University of Aveiro and the Municipality of Figueira da Foz. This project intends to alert the youngest to the importance of our forest and its preservation. Thus, environmental education and forestry actions are carried out together with the teachers and students of the municipal schools, we distributed small trees through the classes and during the planting season, reforestation actions are carried out with all those involved in the project. Renascer is born after a summer marked by forest fires, destruction and loss of biodiversity, human lives and material goods and this project is intended to help reforest areas so badly damaged by fire.

Since its inception, 75 classes have been involved in 35 different schools and more than 1000 trees have been distributed.

The Plantar Lousada project is an initiative of the Municipality of Lousada in partnership with Associação BioLiving that aims to reforest and restore areas and habitats that were degraded. It began in the planting season of 2016/2017 with 15 planting actions carried out throughout the county, during which more than 14 hectares of land were intervened and more than 7500 trees of 22 different species were planted. In these activities we had the support of more than 1200 volunteers and 42 institutions that contributed with about 5000 hours of solidary work for this environmental cause.

BioLousada is an environmental awareness program, started in 2016 by the Municipality of Lousada with Associação BioLiving as a partner and with the support of the University of Aveiro. This program was conceived to involve citizens in the valorisation and protection of the natural values ​​of the territory, having in mind that one can only protect what is known. Each month, initiatives are dedicated to a specific theme, according to the seasons, from the discovery of the fauna and flora of Lousada to photography workshops or field sketching.

The BioEscola Program is a service provided by BioLiving to the Municipality of Lousada. It consists of an educational offer based on environmental and scientific education to all the schools in the county and covering all school cycles of primary and secondary education. Topics such as biodiversity, natural resources or landscape are addressed, with the aim of complementing the curricula of several scientific areas. All activities and language are adapted to the age group and the activities vary between didactic games, field trips, experiences or more technical-scientific expositions.

This project aimed at integrating first year students into academic life, by promoting scientific culture, citizenship and by showing, in close proximity, the opportunities that exist in the region, in the market, in the business and cultural fabric. It was developed in collaboration with the University of Aveiro’ Tutoring Program, which aims to introduce new students to fight problems of failure and drop out.

Yes, we have received both curricular and professional internships and we are willing to receive other people interested in doing internships with us. 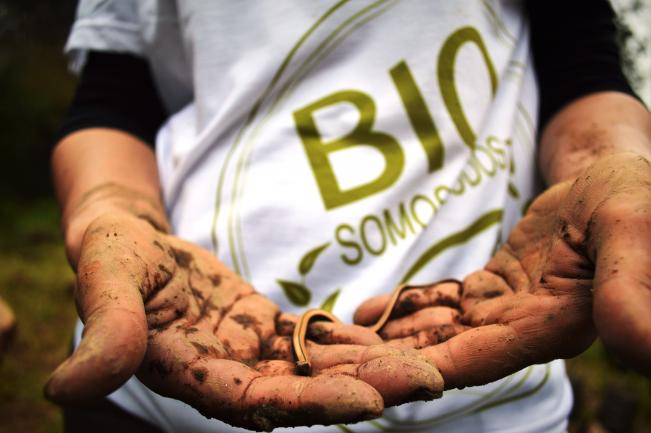 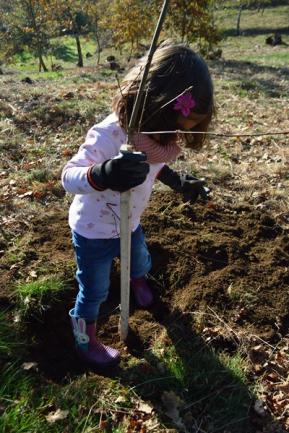 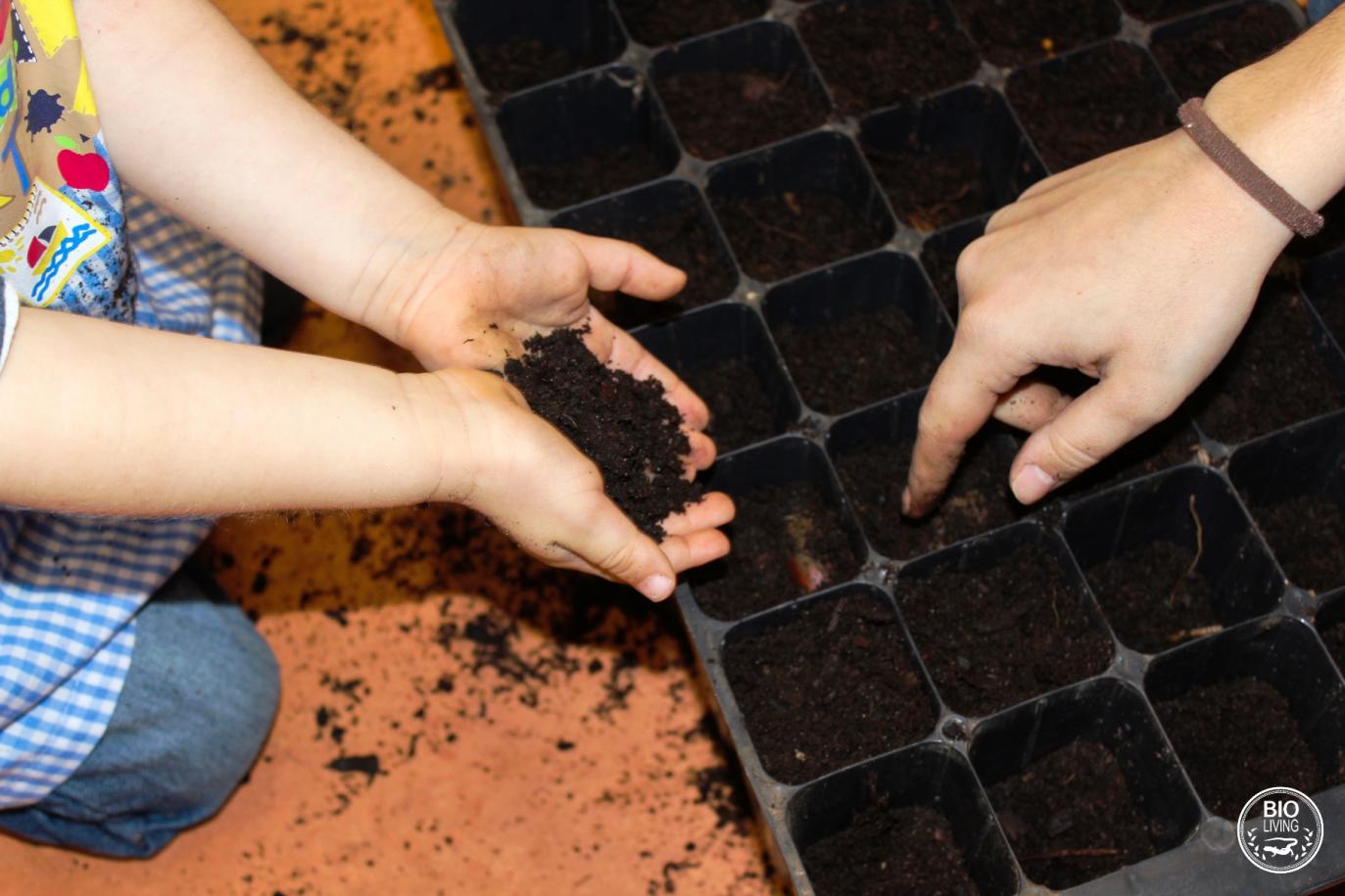 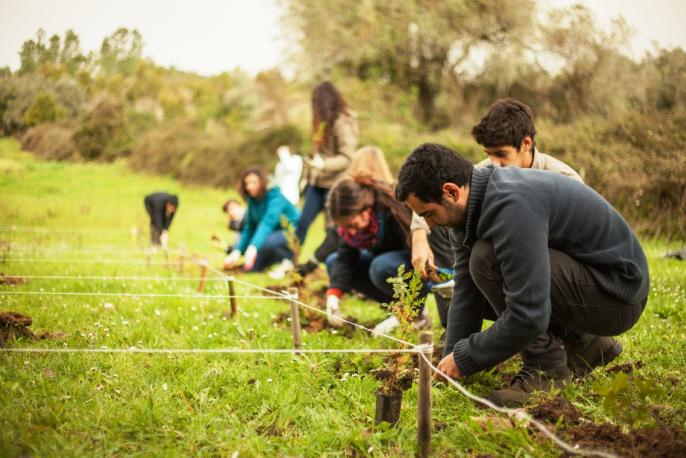 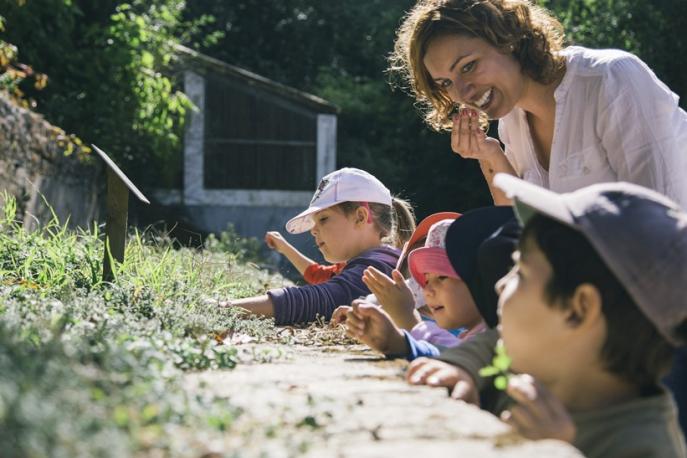